poetic exploits into the human condition

Her scarf was blowing in the wind as dawn was peeking in through the buildings on a crisp December city morning. The snow storm slowed into flurries making 120th Street look like a snow globe fitting the holiday season well. The rotted big apple never looked so beautiful she thought to herself. Soon everyone will be off to work or fall semester finals. The buses and taxis fighting over who could do the better job at turning the cloud-like white ground into brown slush (and let me tell you, they are both fierce competitors). The dogs adding in a spectrum of yellows and greens in a splatter paint form. Pigeons trying to restore the white with their shit, but, though I’d never thought this possible, New York City just doesn’t have enough pigeons for that. Before you know it the scene changes to shades of cynical gray. It is sad when purity transforms to amass of filth right before your eyes fast enough for you to actually realize it. It’s like a vehemently pious mother watching behind the scenes as her only child, her daughter turns into a whore, a sinner, everything that she isn’t, everything she tried to sway her against. She feels helpless against it. Her daughter won’t listen to her. All she would do is disapprove from afar. Then her head collapses into her hands and she weeps at her failure. She doesn’t blame herself, she blames God–if only she paid more attention to her daughter things might have turned out different.

Ashlynn had enough with with her depression, her sadness, her bad habits, the hiding, the deceit, the letdowns, the trying, the failing… This was the final straw. Why must everything turn sour? We are born innocent and with each realization of the reality surrounding us on this earth things gets exponentially harder and adscititiously repugnant. She stepped on top of the ledge twenty stories in the air. It was a balancing act. The ledge fit perfectly in the arch of her foot, and there she stood trying hard to find a point of equilibrium as she oscillated between the options of life and death. When she breathe in the right side of her lips curved upward as if trying to smile but never learning how–it was the face of awkward inner peace. But when she breathe out, her body swaying closer to the rooftop, that trying smile decomposed into indifference.

It was now or never.

She lifted her arms as if she was going to fly and to do so she needed a diving takeoff. It is important to know that her arms where higher than if crucified; she did not look like a cross. The thought of mimicking a crucifixion was horrifying to her. She never accepted this fate. It just came to her—unprophetised , unwarranted, and purposeless. She didn’t want to hang from anything. And she surely didn’t want to hang onto anything. She was letting go. Finally letting go of everything that held her down. The need to be weightless and float overpowered her. Her eyes were shut, and could you guess what expression she held on her face? She was actually smiling! For the first time in years she was smiling. This was not the face of happiness though; it was the face of completion. In those milliseconds in which her life was diminishing all she could hear through the wind was the winnow of her scarf. That brilliant blue scarf whispered, sibilantly resounding her life: slow motion melancholy yet somehow beautiful. The beauty an artist speaks of–the kind that doesn’t come easily. The kind that that can’t be forced. It just is or it isn’t. The kind of beauty that is at the essence.

One twentieth street between Broadway and Amsterdam never looked so triste. She lie on her back a perfect replica of Da Vinci’s geometric man. Slowly deep crimson blood surrounded her body outlining her like a snow angel. The taxi cabs filled with 80+ hour a week 20-somethings formed a golden aura around her in which the rest of the city muraled into with tinted golden brown fast motion photos taken with a still camera from the 1920’s. They reflected like the sun–you couldn’t look at them straight in the eye, but you didn’t have to because you knew how they looked like already. There she was the only visible thing among the chaos. Dilatorily the gray of her outfit darkened to fade into the crimson of the blood. Her face paled to the color of the snow not yet debased by city living. The only thing that stood out from the red and the white was her brilliant blue scarf and increasingly freezing cold lips. If she were on a canvass the colors would change as you approached, much like how some eyes follow you in paintings.

There she was with her highest goal attained. She metamorphosed into an object of a surrealist painting: unique and different, dreamlike and poetic. City life went on as normal all around her and she was the deep crimson snow angel in the middle of it all crying out, “Don’t worry New York, I’m here for you. I don’t know if I really love you but, I’m still here for you!”

oh, new york, you lovelorn baseborn,
you, dastardly awkward dissonant dovecote,
frontier of socialites and loners,
why must you be a stentorian spirit
evading my scant living space? 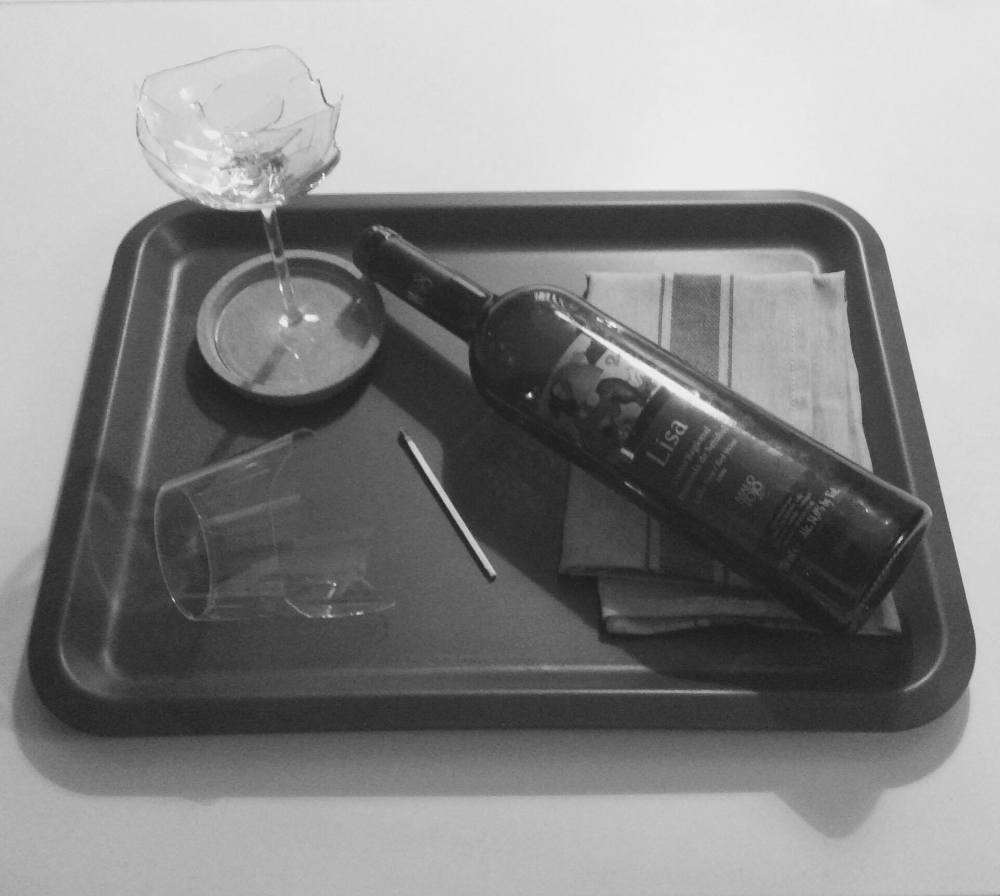 red bloodied knuckles
changed a wall not a feeling.

eye level with the hole
I see the void I feel.

a glass of war-red wine
and it hits me- I have been defeated. 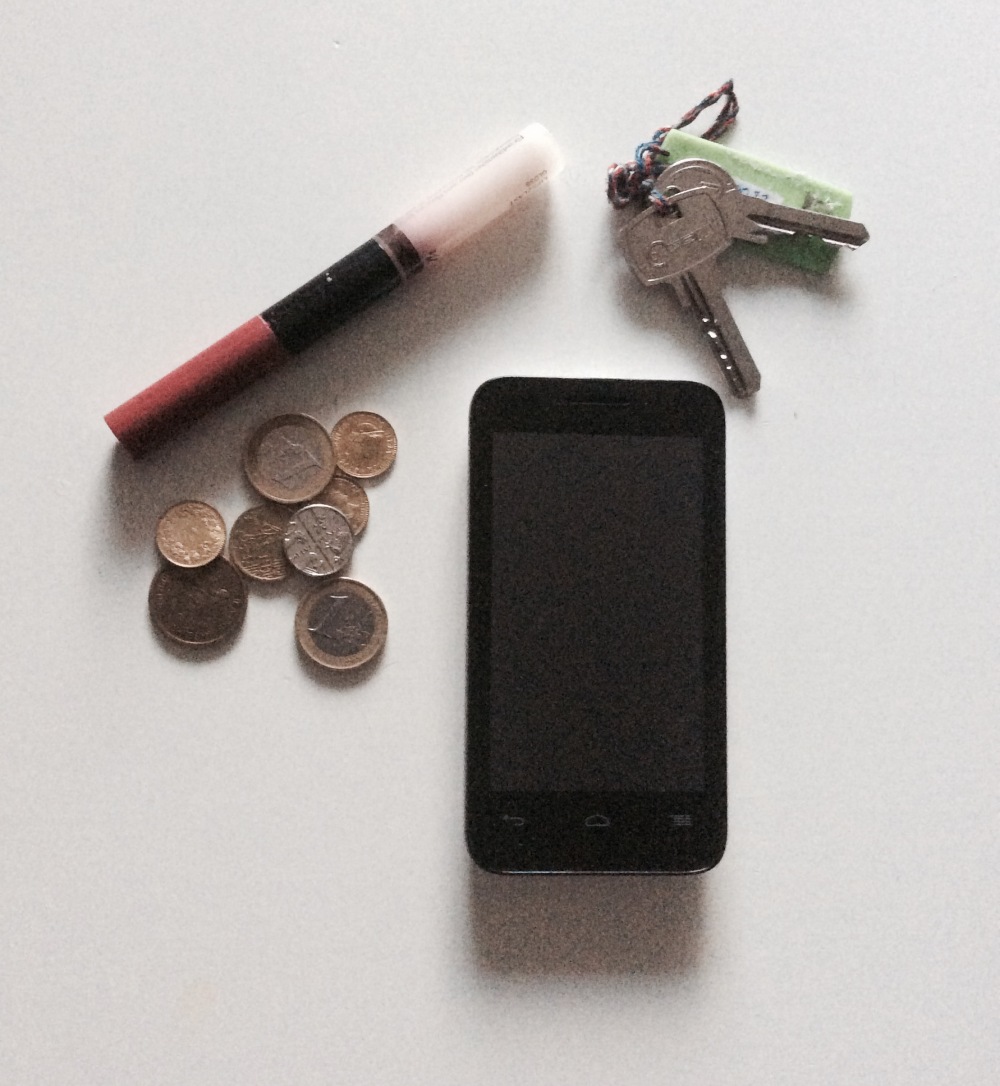 She is sick on love. Lovesick they’d say. She has slipped through the cracks of reality into an interlude of virtual inevitability—the kind that leaves you with nothing but the irony we are all toting in our pockets.

“I love you because you really listen to me,” she whispered to him. “It’s like you are right here next to me and I am not alone anymore.”

He responds, “I am sorry your call cannot be completed at this time. Please hang up and try again.”

Posted on 12 September 2017 by lisastublic Image 0

Avaricious vultures eagerly perched
high on a branch just out of your sight
ready to swoop down at your doorstep.

Nothing hides your own idle ineptitude
than the opprobrium of a false media campaign.

Every second Saturday of the month a short script will be posted in the Croatian language. The first in this series is called “Moj Grijeh” which translates into “My Sin.” This is about a 30 year old man, Pero, who on the eve of his shotgun wedding goes to confession as is traditional in the Catholic faith.

To read the short screen play click on this link: Moj Grijeh